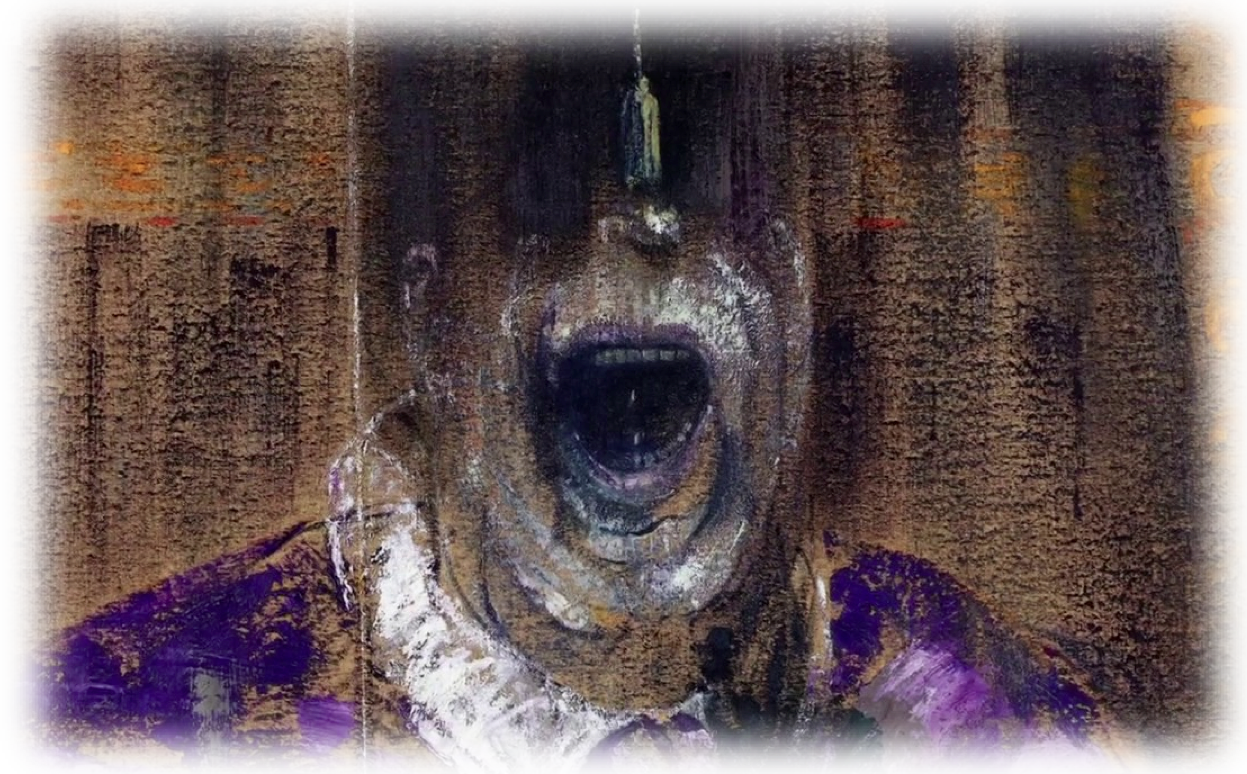 True truth, ultimate meaning, higher purpose; what defines reality has been distorted beyond recognition. Postmodernism has left civilization in a state of confusion, and in this, the tendency to elevate Self acts as a cultural norm. But this, too, is illusionary, for we find ourselves shifting to the demands of new gatekeepers. In the end, we are left wandering in a fuzzy daze.

The following article is an excerpt from my book, Game of Gods: The Temple of Man in the Age of Re-Enchantment.

Fundamentally, Postmodernism was and is a reaction to and rejection of foundational truth claims and the narratives supporting them – first in terms of Modernity, but also the assertions of Christian revelation. Biblical doctrine had been overshadowed by materialist dogma, but now both were being pushed aside. How truth was measured and considered by other generations no longer applied. Past approaches were and are viewed as too narrow and associated with oppression, linking knowledge with power and the placing of gatekeepers to bar the way for others. Therefore, historical truth claims remain as claim only and are treated with suspicion. Grand narratives and their related worldviews are no longer relevant to the post-modern mind.

We are left with questions but no defining answers, and no tangible framework to develop a coherent worldview.

The slope immediately becomes slippery. Judgments resting on previously held truth claims melt away. History fades into oblivion. The meaning of language bends. Tolerance without definition becomes the new norm. Inclusion and broad interpretations represent the progressive path, and personal transformation means conforming to ever changing cultural cues. Traditional standards are diluted as society attempts to scrub out reminders of “privileged” exclusivity. What was once virtuous is vilified, and what was morally shameful is celebrated. Truth and falsehood are no longer discernible, and what is known to be factual becomes blurred and distorted – including biology, identity, and sexuality. Higher values are lost in the fuzzy daze of a wandering culture. Does this sound like today?

In such a milieu there is an almost irresistible pull to elevate self. Certainly, self-actualization and experiments in self-identity are lauded within the post-modern context. Our personal reality is fashioned in the image of our felt needs. The psychological cult of Selfism, a “form of secular humanism based on worship of the self,”[1] attempts to fill the vacuum of lost value. Yes, mankind has always struggled with pride and hubris, but Selfism elevates vice to virtue and packages it as illumined personal discovery. Selfism, a product of the human potential movement, feeds our desire for meaning while stroking our ego. The Self rises as a divine spark. We are each divine selves, masters of destiny and voices of self-authority.

This is manifestly different from the Christian approach to the individual. Stanly Grenz, author of A Primer on Postmodernism, reminds us that the Biblical position recognizes “God’s concern for each person, the responsibility of every human before God, and the individual orientation that lies within the salvation message.”[2] It was also different than Modernity with its tendency to integrate the person into state-directed systems of meaning. The cult of Selfism, rather, is a “horizontal heresy, with its emphasis only on the present, and on self-centered ethics.”[3]

And how could this not be? For decades, public education and mental health services have washed our brains in the “holy waters” of the human potential movement: the theories of Erich Fromm, Carl Rogers, and Abraham Maslow.[4] Following Sigmund Freud’s guilt-based theory of human development and B.F. Skinner’s behavioral models, Maslow’s teachings on self-actualization – the “third force” in psychology – saturated Western thinking. From the experiential encounters at the Esalen Institute[5] to your neighborhood clinic, from daytime television to church pulpits, the feel-good mantra of Selfism rang across the land: “Express thyself, Accept thyself, and Esteem thyself.”[6]

In an eerie symbiosis the celebrated Self and the materialistic consumer walk hand-in-hand. We line up for the hottest deals on Black Friday and then, armed with our wireless devices, proclaim moral indignation and denounce the “evils of corporations.” A universe of selfies are snapped with our smartphones and posted on social media. Seated in the third row of the concert hall we watch the live-performance through a three-inch wide screen, digitally capturing the experience of “being there” while living through our technology. We are consumed with the image itself. We are the symbol of our things.

A fitting analysis was given over two decades before Web 2.0 existed,

Selfist psychology emphasizes the human capacity for change to the point of almost totally ignoring the idea that life has limits and that knowledge of them is the basis of wisdom. For selfists there seem to be no acceptable duties, denials, inhibitions, or restraints. Instead, there are only rights and opportunities for change. An overwhelming number of the selfists assume that there are no unvarying moral or interpersonal relationships, no permanent aspects to individuals. All is written in sand by a self in flux.[7]

But the need for a connection to something larger, a foundation of truth, tugs at the human heart. Where do we turn now that we have rejected a relationship with the transcendent Creator? And in rightly criticizing the application of naturalism to society, we distanced ourselves from the suffocating structures of Modernity. With what now will we clothe ourselves?

We stand naked and we know it.

Relativism, therefore, becomes our covering, and subjective social markers and experiences act as our guide. Because of this we constantly seek reinforcing “safe spaces” with others who share similar sentiments – an “organic community” – a location, flexible in orientation to meet our changing convictions, where we can emulate each other and call this truth.

The postmodern worldview operates with a community-based understanding of truth. It affirms that whatever we accept as truth and even the way we envision truth are dependent on the community in which we participate. Further, and far more radically, the postmodern worldview affirms that this relativity extends beyond our perceptions of truth to its essence: there is no absolute truth; rather, truth is relative to the community in which we participate.[8]

Truth is discovered through personal experience as you feel yourself part of a culturally transforming group, and identity and meaning exist in social emotions and sub-cultural expressions. Everyone becomes a back-seat driver as we navigate by social consensus. What else could there be if the other ways to measure truth are no longer accepted?

Reality, therefore, is what we encounter and can only be subjective, for each person experiences differently. No wonder history becomes an object of question, truth ever changing, morality moveable, definitions indefinable, and language remade to fit the fads of the day. This is to be expected when our convictions are dictated by our emotions, and our feelings conditioned by the loudest mob – itself moved by voices of influence. However, if you challenge the mob, watch out! Since everyone is a backseat driver on the road to some indefinable destiny, you will be shouted out of the car.

In our age of fuzzy thinking, truth is defined by sub-cultures pushing an agenda. Hence, the post-modern claim of being untainted by “narratives of power” is artificial.

“While postmodernism did open a larger space for cultural critique,” explains Christian academic Mary Poplin, “in its purest form it is the ultimate rejection of any universal story that connects us to one another and to the world (metanarrative). There can be no truth claims, except of course this one.”[9]

Postmodernism thus sets up its own gatekeepers.

[4] Erich Fromm celebrated humanity’s independence from God and described Man as intrinsically good. Carl Rogers focused on experiencing oneself and encouraged therapists to sense what client’s feel. The highest ideal of the self is for the person to become unified as an experiential flow or movement. Maslow introduced a hierarchy of felt human needs and believed that the greatest achievement was an enlightened self-actualization.

[5] The Esalen Institute was a primary vehicle for Gestalt techniques in whole-person self awareness, and was an important point of contact for Maslow’s human potential movement. Educators, psychologists, cultural leaders, and clergy from liberal churches would gather at Esalen in the 1960s and 1970s, looking to experientially raise personal consciousness, advance self-awareness, explore alternative religious practices, and engage in sexual discovery. See Marion Goldman, The American Soul Rush: Esalen and the Rise of Spiritual Privilege (New York University Press, 2012).