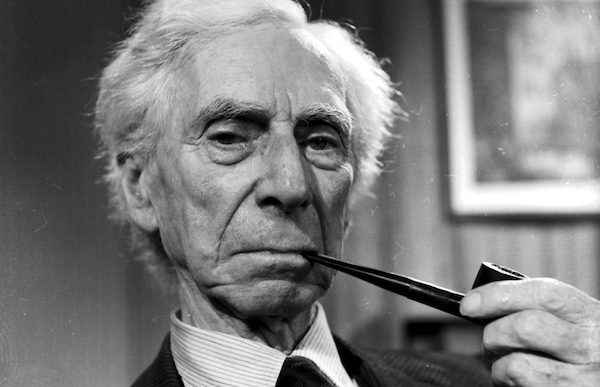 Bertrand Russell was a British philosopher, a social critic and peace activist, noted mathematician, a world-recognized author with dozens of published books and essay collections, and a widely celebrated humanist. He was an outspoken proponent of the “scientific civilization.”

Here are 5 quotes from Bertrand Russell on the “scientific society.”

1. “…a scientific world society cannot be stable unless there is a world government.” – The Impact of Science on Society (Simon and Schuster, 1953), p.104.

2. “The need for a world government, if the population problem is to be solved in any humane manner, is completely evident on Darwinian principles.” – The Impact of Science on Society (Simon and Schuster, 1953), p.105.

3. “I believe that, owing to men’s folly, a world-government will only be established by force, and will therefore be at first cruel and depotic [sic]. But I believe that it is necessary for the preservation of a scientific civilization, and that, if once realized, it will gradually give rise to the other conditions of a tolerable existence.” – The Future of Science (Philosophical Library, 1959), p.34.

5. “I do not pretend that birth control is the only way in which population can be kept from increasing. There are others, which, one must suppose, opponents of birth control would prefer. War, as I remarked a moment ago, has hitherto been disappointing in this respect, but perhaps bacteriological war may prove more effective. If a Black Death could be spread throughout the world once in every generation survivors could procreate freely without making the world too full. There would be nothing in this to offend the consciences of the devout or to restrain the ambitions of nationalists. The state of affairs might be somewhat unpleasant, but what of that? Really high-minded people are indifferent to happiness, especially other people’s.” – The Impact of Science on Society (Simon and Schuster, 1953), pp.103-104.