A 5-point plan for international harmony 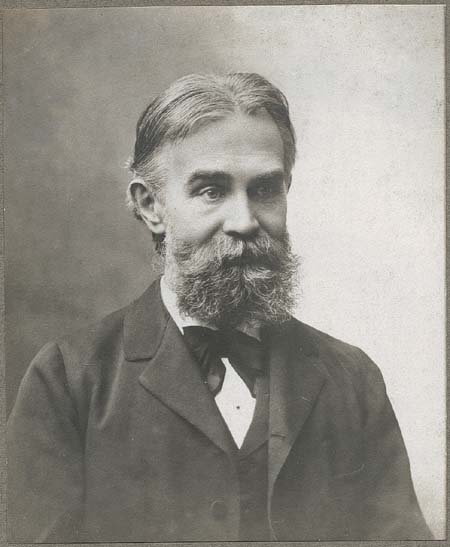 If you’ve read Game of Gods: The Temple of Man in the Age of Re-Enchantment, chapter 11, you know that calls for “world government” are longstanding. In fact, more than a century ago, a well connected Unitarian minister by the name of William C. Gannett issued a 5-point vision statement for world order. Today, this near-forgotten document stands as a testament to the continued dream of progressive elitists.

If you have not read Game of Gods, but are interested in the context and historical development of one-world, then order your paperback or Kindle edition today!

The dream was straightforward. World peace would have to come via world government. To that end, a five-point document was presented to men of high political standing – men who shaped foreign policy, who wielded power in the top universities, who commanded industry, who represented the most influential organizations and the most enlightened social circles of the day. Men who personally knew presidents and prime ministers; indeed, for some the White House was their house.

Now, this century-old report wasn’t lengthy. It laid out the skeletal structure for world administration in only a few paragraphs, centering the concept around the Hague process. Today, this text would be described as a visioning statement. Even now these five points are considered fundamental to a new global order, 1) a world judicial system, 2) an international parliament or congress, 3) world laws, 4) a global military force, 5) and a binding architecture to ensure compliance under an international protectorate.

William C. Gannett, a Unitarian minister well connected into progressive New York circles, was the author and presenter of this paper.  The World Peace Foundation, a recipient of Carnegie funding, published Gannett’s text in a 1912 pamphlet titled International Good-Will as a Substitute for Armies and Navies. The following is the content of that report,

The organization of the world in relations of peace and good-will! It is no longer a dream, it is a beginning. More than in any other specific direction, I said, we are looking toward the Hague to discern that beginning. But, looking from the Hague Conference onward, we think we can see clearly five steps in the coming organization:

First. The International Court of Arbitral Justice, already existing in embryo, and even in that condition with six international quarrels settled by it; but not such a court as now, summoned with difficulty and only at pleasure of disputants, – not that, but one in permanent session, with regular judges, and easy of access. The nations, meanwhile, are making treaties of pledge with each other to refer to its final adjudication their questions of difference, – even those involving ‘honor and vital interests,’ if President Taft has his way. All blessings upon him! Between the two Conferences already held thirty-three separate treaties of ‘obligatory’ arbitration for certain classes of dispute were registered, and two of these made by Denmark, one with the Netherlands, one with Italy, stipulated arbitration for all differences without exception. Little Denmark was six years ahead of our big President. By the end of 1909 the number of arbitral agreements had grown to two hundred and eighty-eight. (I quote Ambassador Hill, who was part of the events he describes in his new book called ‘World Organization and the Modern State.’)

Second. An International Congress, like the present Interparliamentary Union, but official, with regular session, and with members delegated by the nations to represent them; its work to be the discussion and shaping and recommendation of measures that make for the commonweal of the world.

Third. A Code of International Laws, gradually evolving from the decisions of the International Court and the recommendations of the International Congress. Mr. Hill reminds us that ‘the price of a single battleship has never yet been expended by all the nations of the earth combined for the judicial organization of peace.’ Folly? Yes; and what in such matter was folly yesterday and insanity to-day is to-morrow criminality. If ten Powers – England, France, Germany, Russia, Austria, Italy, the United States, the South American Republics as a group, China, Japan – were to contribute each one tenth of a battleship’s cost to endow at The Hague the Arbitral Court of the Nations and a Commission on the Codification of World Law, that one-tenth apiece would save whole fleets of battleships on the seas, and promote more happiness on the earth than probably any other million which any of those nations ever has spent, or could spend today.

Forth. The Establishment of an International Police, – an international army and navy, with constituents furnished by nations in league for the purpose; at first by a few, and then by more; at first having very limited and then with widening function, all under treaty arrangements. A police system is needed by the world, and, until something international of the kind is created, it is hard to see how, with the nations under present conditions of distrust, disarmament on any large scale can be effected. It may not be so far off as we think, the day for this international police in place of the separate armies and navies with their ruinous cost. Even Sir Edward Grey, in responding to President Taft’s proposal, ventured to predict it. One or two hundred policemen, with three or four courts and a jail, are enough to represent all the force-element necessary to maintain justice in huge communities of hundreds of thousands of citizens. Peace rules between them, order is kept, the rogues are awed, the criminals are held at bay, and measures for the common good are carried out, because the public opinion of the whole community is back of the tiny blue-coat army that wears the buttons and carries the night-stick of authority. A small army, a small navy, with the united strength of the great Powers behind them, would insure national protection and the world’s peace more effectively, and with incomparably less cost to humanity, than the rival armies and navies that now strut and sidle and growl and dare each other to cross the boundary lines.

Call this a dream, if you will. The soldiers will. Half the diplomats will. Politicians will, unless they are statesmen. Many, not all, of the business men will. Most of us will. But some of us will add, ‘A dream that is even now beginning to come true, and which the twentieth century will carry far toward fulfillment.’ The years will decide.