“understanding the forces of change…”

An exploration into the religious, political, technological, and cultural forces of change.

What is Forcing Change?

FC is a platform to house the articles, research work, media interviews, and reports produced by Carl Teichrib. The intent is to make these resources available under one roof; materials meant to help the Christian church understand our changing times, and the implications of social transformation.

With that in mind, the free membership area contains all back issues of Carl’s monthly magazine, Forcing Change, published from 2009 until the end of 2015. A selection of research reports are also available, and more will be added as Carl continues to investigate and write on worldview issues.

Carl Teichrib’s book, Game of Gods, is available on Amazon. For more information, check out the Game of Gods website here. 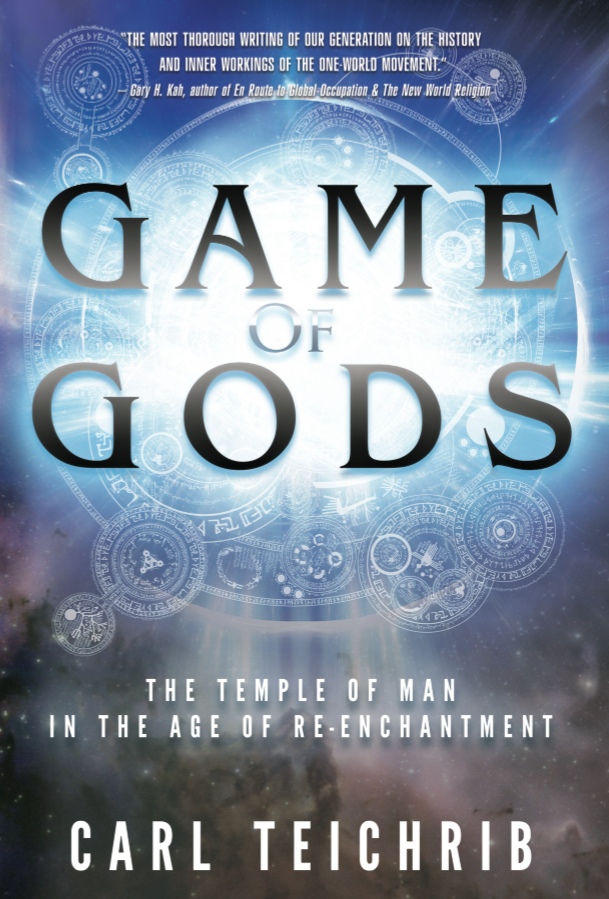 A short history of Forcing Change.

From 2007 until the end of 2015, Forcing Change existed as a monthly, online publication. Each edition was devoted to documenting and analyzing major paradigm shifts, including the political, religious, and social forces pushing for change. To that end, Forcing Change critically explored topics such as global governance, the political agenda of interfaithism, transhumanism as a rising intellectual movement, the influence of green spirituality, and the development of evolutionary culture.

Created and edited by Carl Teichrib – a Christian researcher on global transformation – Forcing Change employed a Biblical worldview in its reporting and analysis. The publication’s biases reflected an evangelical-Christian perspective, was pro-liberty versus politically imposed equality, pro-individualistic versus collectivism, and pro-free market.

At the close of 2015, the magazine and website was shuttered as Carl’s energies were channeled to the writing of his book, Game of Gods: The Temple of Man in the Age of Re-Enchantment. 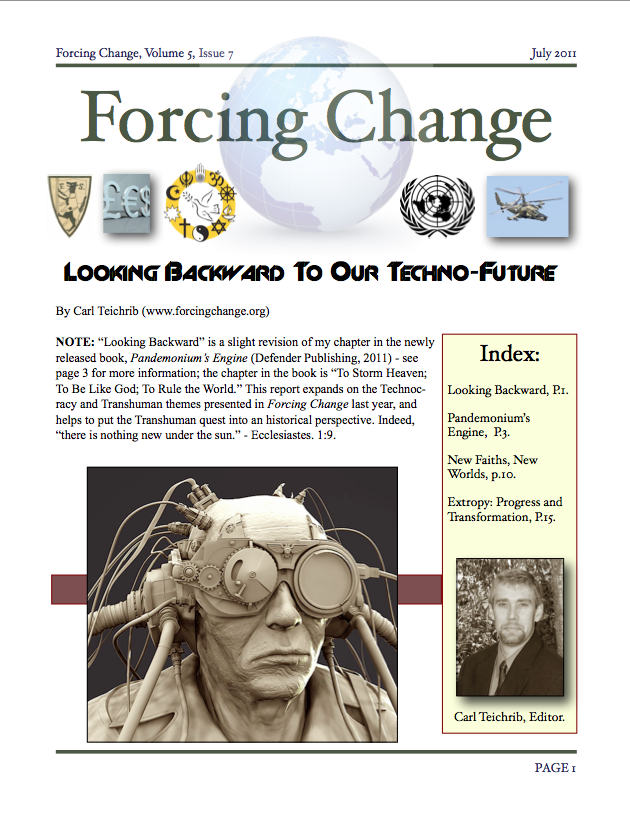 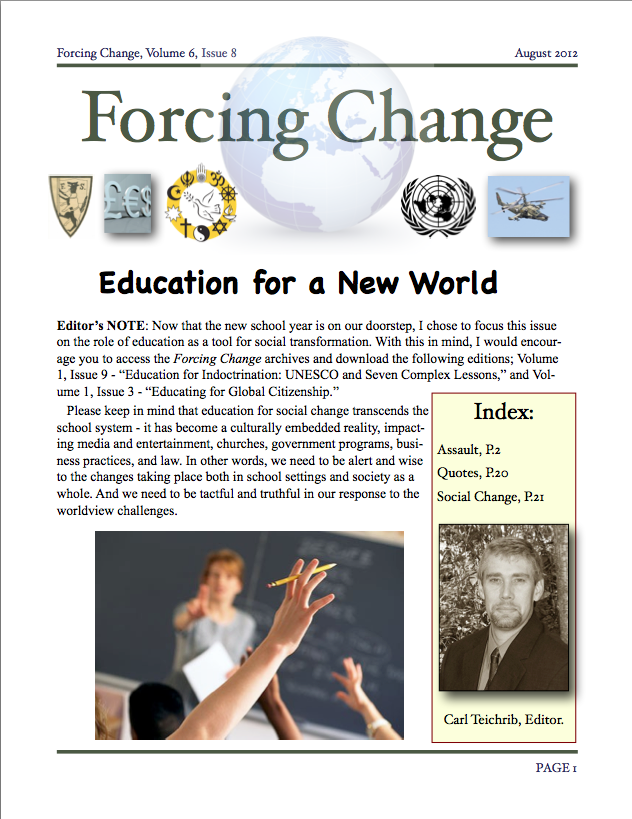 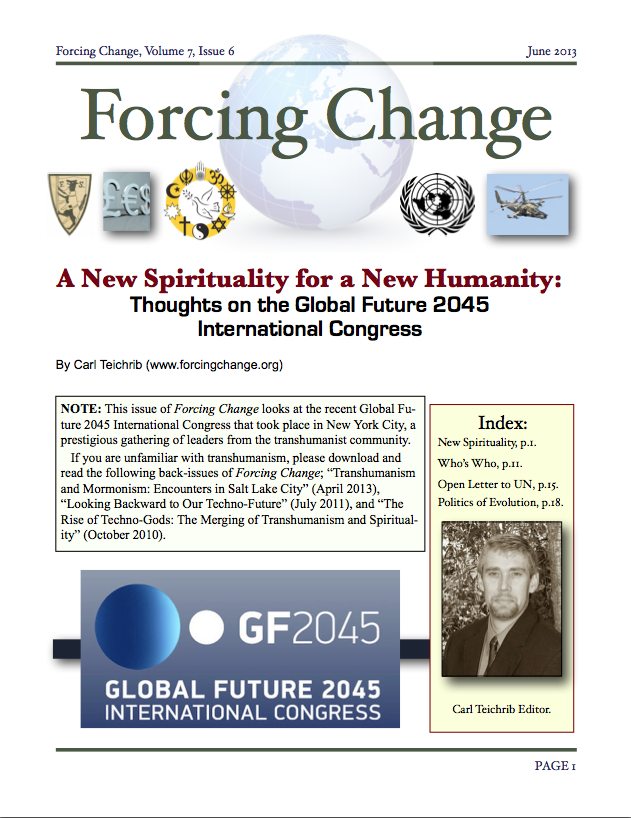 Carl Teichrib is a Canadian-based researcher, writer, and lecturer focusing on the paradigm shift sweeping the Western world, including the challenges and opportunities faced by Christians. Over the years he has attended a range of internationally significant political, religious, and social events in his quest to understand the historical and contemporary forces of transformation – including the Parliament of the Worlds Religions, the United Nations Millennium Forum, the Global Future 2045 International Congress, Burning Man, the UN World Urban Forum, and the G8 World Religions Summit.

Since the mid-1990s, Carl’s research has been utilized by numerous authors, media hosts and documentary producers, pastors, professors and students, and interested lay people. From 2007 until the end of 2015, he produced a monthly web-based magazine, Forcing Change, documenting and detailing the worldview revolution underway – points of pressure, forces of change.

He frequently speaks to church groups, conference settings and community events, and occasionally teaches a modular course on Secular/Pagan Trends at Millar College of the Bible.

Carl’s biases are transparent: he embraces an evangelical Christian perspective, is pro-liberty versus politically imposed equality, pro-individualistic versus consensus collectivism, and pro-free market. 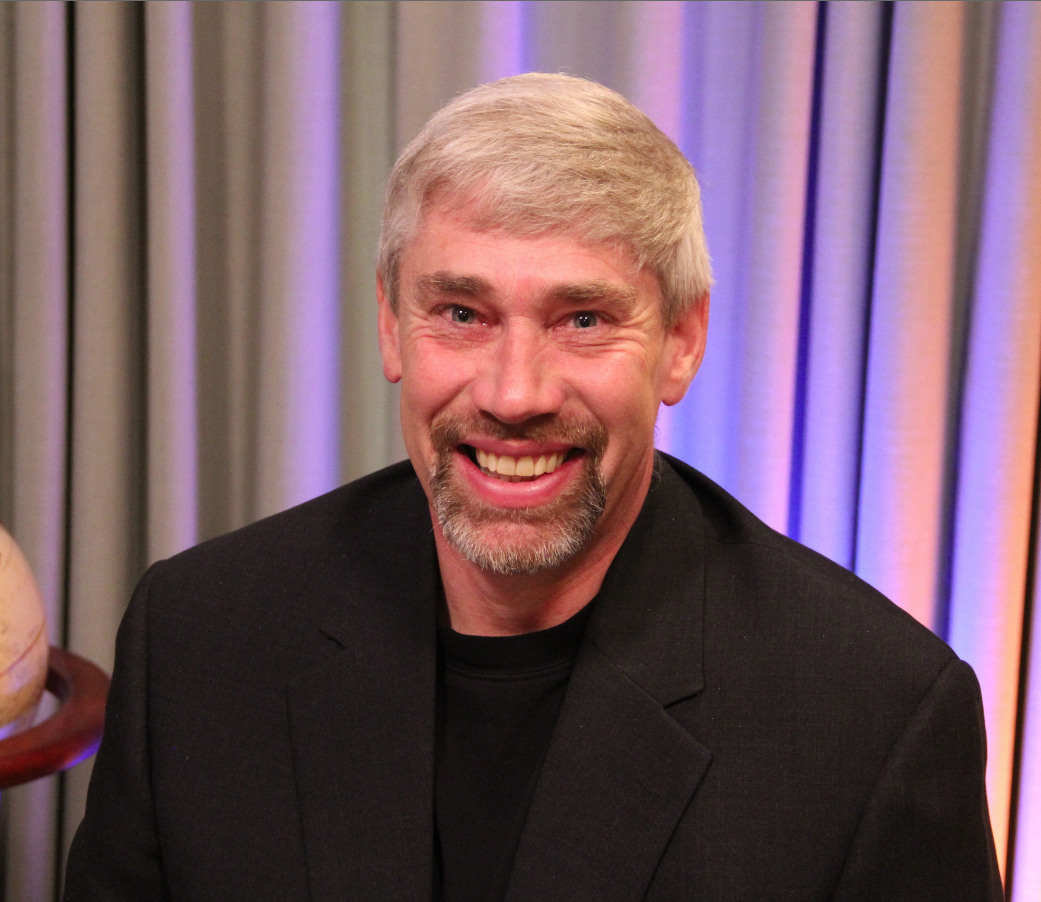